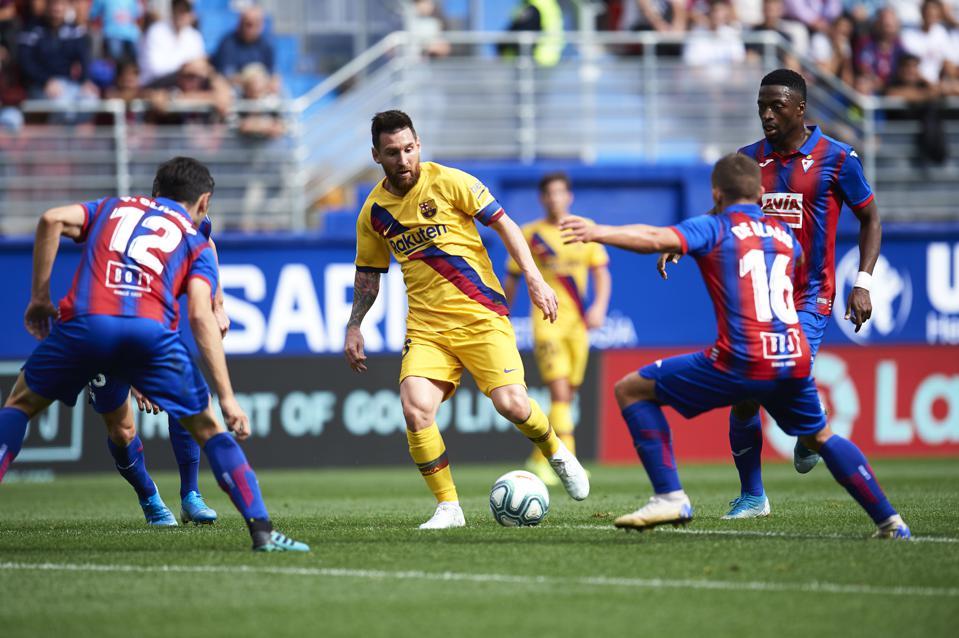 Eibar hosts Barcelona at the Estadio Municipal de Ipurua in a game from La Liga’s 38th
round – the last one for the season. Stay with us because we will try to give you a good
preview of the match in these free soccer predictions for today.

Barcelona has already lost its chances to win the title, so this game does not hold any
significant meaning for them. The best Los Cules can do is keep the third place in front
of Sevilla – they are two points ahead of Los Rojiblancos.

This was another turbulent season for Barca. Last summer, the Catalans had to rebuild
the team, but it didn’t end very well for them despite winning the Copa del Rey.
According to the press, most likely, the head coach Ronald Koeman won’t continue for
next season. It remains to be seen, though.

Barcelona is winless in their last three games, which explains why they had to give up in
the title race. The Catalans had a direct clash with Atletico Madrid and the Camp Nou,
and it was their chance to go on top, but their efforts were fruitless. Copa del Rey is
everything they managed to achieve during the 2020/21 campaign. 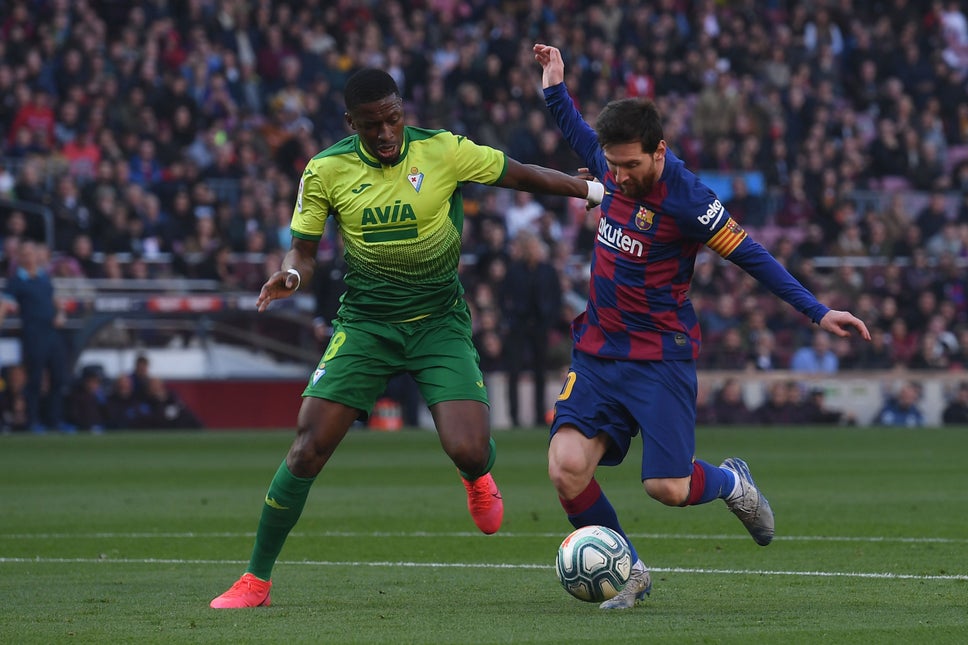 It’s still not entirely clear how Barca would approach this visit to Eibar. We can hardly
expect to see them one hundred motivated to win as this game does not hold much of a
meaning. The players know this is the end of the season for them, so maybe they would
like a more relaxed approach. Some of them are now getting ready for Euro 2020, so
that’s another reason to take it easy.

Most likely, Ronald Koeman will be making some changes compared to the line-up he
chose against Celta last weekend. It was not a very good game for Barca as the
Catalans suffered a 1-2 defeat at their last home match for the season. Lionel Messi
opened the score for the Catalans, but Celta took the with a brace from Valencia’s ex-
striker Santi Mina. It was a beautiful win for Eduardo Coudet’s team.

Barcelona finished with ten men in the game against Celta. The French center-back
Clement Lenglet got sent off at the end of the second half so that Lenglet won’t be
available for selection against Eibar. If Koeman decides to keep the 3-5-2 formation,
then Oscar Mingueza will most likely return among the starting eleven to replace
Lenglet. Gerard Pique and Ronald Araujo should start in defense again. The world

champion Samuel Umtiti is another option for the defending line, but he’s not enjoying
many minutes this season.

It’s almost sure that Pedri won’t be playing against Eibar. The 18-years old midfielder
was a key figure in Barcelona’s team after his move from Las Palmas, but now the club
fears he could suffer burnout. In the Catalans press, they already reported that Pedri
should get a rest sooner than the rest of the squad. Most likely, he is going to be called
by Luis Enrique in Spain’s squad for the Euro 2020 as well.

Ronald Koeman has some options for the line-up on Saturday. Neto could be on goal in
possibly his last game for the club, while Junior Firpo could be replacing Jordi Alba on
the left flank. Firpo is in a similar position as Neto, and the club could show him the door
after the end of the season. Most likely, Sergino Dest will return in the line-up after
starting from the bench in the last two matches.

In Pedri’s absence, we could see Riqui Puig getting a rare start for Los Cules. Puig is
arguably a very talented player, but he was rarely playing under Koeman this season. At
the same time, he’s looked at as a key figure for the future, so don’t be surprised to see
Puig starting against Eibar.

For players such as Martin Braithwaite and Antoine Griezmann, it could be their last
game for Barca as well. The Danish striker will be put for sale during the summer, while
around Griezmann there are many rumors. Griezmann indeed scored some decisive
goals this season, especially in Copa del Rey, but he also didn’t have the impact the
fans expected from him. He’s a perfect option for president Joan Laporta to raise some
funds for new players in the summer. And you can be sure that many teams would like
to have this player in their teams.

Barcelona’s superstar Lionel Messi will finish the season with another Pichichi award to
his name. La Pulga has scored 30 goals this season which puts him seven goals ahead
of Villarreal’s Gerard Moreno. He can’t win the European Golden Boot, though, because
there are players such as Robert Lewandowski who is ahead of him.

Eibar approach this game against Barcelona from 20th place in La Liga’s standings. In
theory, they can still survive and hope for a miracle, but only if they win against Barca

while Huesca and Elche lose their matches at the same time. As you can see, it’s pretty
much a long shot.

It was a pretty lousy season for Mendilibar’s team. Eibar won just 6 of their matches
during the campaign, while they lost 19 of their games as well. Only Getafe has scored
fewer goals than Eibar this season, and this says a lot about their performance.

Kike remains Eibar’s most dangerous player. The 31-years old striker has scored 12
goals in La Liga, which is a pretty solid achievement for him. Barcelona’s defense must
be careful with him.

In our free soccer predictions for today, we must warn you to be extra careful about this
La Liga game between Eibar and Barcelona. For the hosts, this is their last chance to
survive in the league, while for Barca, this game does not hold any meaning at all. This
could make the Catalans complacent and not really interested in winning. We are not
trying to say it’s going to happen, but it could happen more or less.